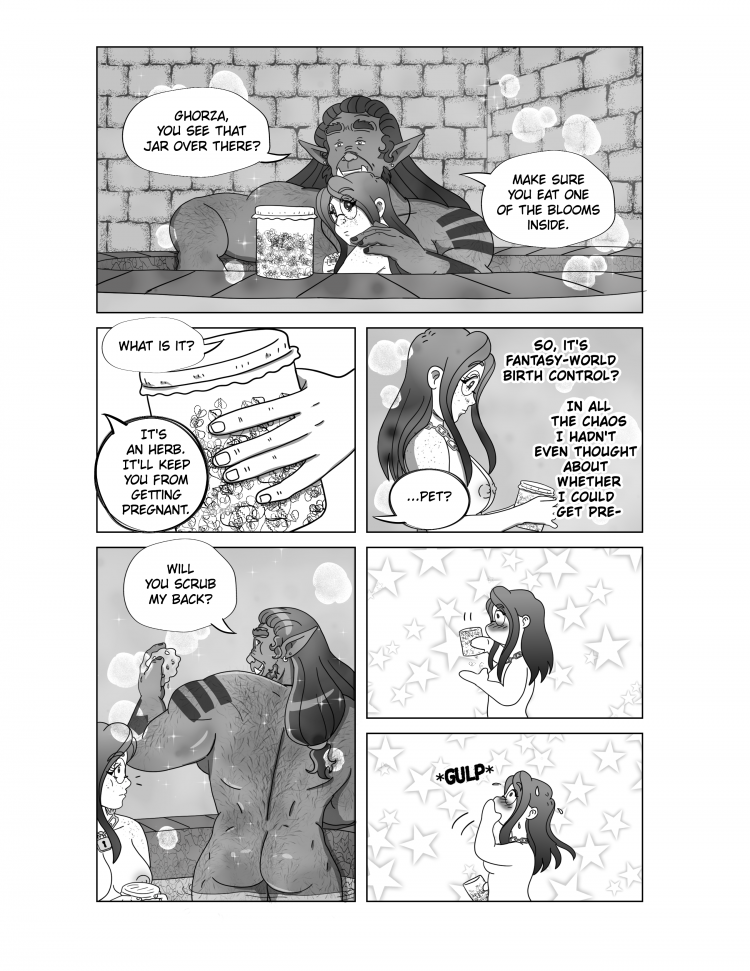 Yup, good time to take those Jenny/Ghorza.
The herb she is taking was inspired by an actual plant that used to exist. It was a wild growing plant called "Silphium." It was used in cooking, perfumes and as a birth control. It was so popular an depiction of it was engraved in Roman coins. But also because of its popularity, it is believed that the Romans harvested it into extinction some time ago. I figure in a fantasy world, however, there would be something like this in existence.
Here's an article if you want to learn more about silphium:
www.bbc.com/future/article/20170907-the-mystery-of-the-lost-roman-herb